Welcome! This website is designed for teachers and students to make their classrooms more representative of women and other gender minorities. For teachers, the "resources" tab links to resources for lessons divided into subjects (English, History, and STEM). The "other" tab on the resources page has a link to a useful website for making your classroom more representative and inclusive to people of all genders, and there are some other useful links in there as well. There is also a guide for teachers on creating more representative lesson plans, and a guide for students with tips for having conversations with educators about creating that change. If you have any questions, feel free to contact us!

Gabriella Schwager is a senior at Harriton High School outside of Philadelphia, Pennsylvania. She is very passionate about her interests, which include activism and social justice, reading, writing, and listening to music. She hopes to make the world a better place piece by piece, and hopes that this resource ends up helpful to anyone who may need it. 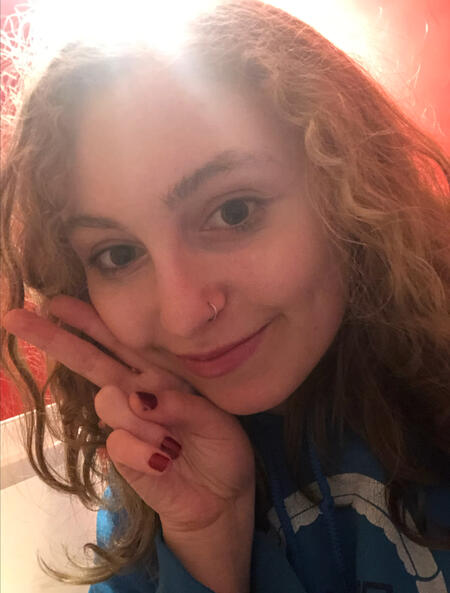 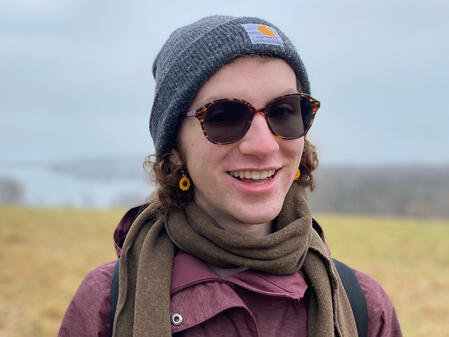 Tal Pemstein is a senior at Newton North High School in Newton, MA. Tal participates in theatre as an actor and a director, they manage and sing in their school’s co-ed a cappella group, and they study Talmud with Hebrew College’s Teen Beit Midrash. Their passion for social justice becomes a part of everything they do, and they look forward to continuing to learn and engage in social action next year at Brandeis University. In their spare time, Tal loves reading, spending time with their friends, and playing Bananagrams.

Jules Maylott is a junior in high school. He loves listening to and making music, hanging out with friends and family, and playing video and tabletop games. Of course, social justice is extremely important to him, and he hopes to do as much as he can to make the world a better place. 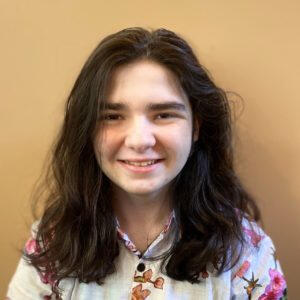 On the first day of school in eighth grade, my science teacher introduced himself first with his name, and then simply with his pronouns. His pronouns were the second thing he said about himself. I was floored. I had never once seen an adult, much less an authority figure, state their pronouns upon first meeting. This has stayed with me ever since.As a young teen, seeing representation in the media was also mind-boggling. I will never forget how exciting it was when Love, Simon came out. My friends and I all dressed in pride merch to go see it. This was four years ago, which feels not that long, and simultaneously a lifetime ago. I tend to look back at that time of my life and cringe, because baby gays tend to be cringe, but they are just coming to terms with their sexuality and perception. Watching Love, Simon was life-changing for a 13-year-old queer kid in 2018.The times have since changed. I hope 13-year-old queer kids now watch it and think, “that was fine, I guess.” We as a society have moved forward to the point where films like that are not as noteworthy. That is where I want education to be. Where kids do not see it as a big deal when teachers mention their existence in history and literature.I want kids belonging to marginalized groups to feel represented by the people who teach them and their actions. Everyone is different; there is no “normal.” All human beings deserve representation in their curricula.

It’s important to me that students of all genders are represented in their classes because we all deserve to see people like us in the stories and histories we learn. It helps us gain confidence in what we can achieve and creates an environment in which students of all genders respect one another and see each other as equally capable of success.I remember that throughout elementary and middle school, although I was told that “I could become whatever I wanted to be,” I still had internalized ideas of what I could and could not do because of my gender. Seemingly small things like primarily seeing men in STEM videos lowered my self-confidence and made me feel like there wasn’t a place for me in the subjects I loved. Even now, representation of people of minoritized genders is far from sufficient. In a survey our group conducted of over 30 high school students from various schools, every nonbinary or genderqueer student reported never or very rarely seeing their genders represented in their class curricula, and about two-thirds of surveyed women wrote that their gender is not consistently represented in their high school classes.But this issue can be solved, both on a large scale with major core curriculum changes and on a smaller, more individual scale with slight adjustments or additions to already existing lesson plans. These small changes can meaningfully impact the academic, social, and emotional experiences of all students, who, as they grow up, can bring those improvements to the rest of the world.

I have always thought education was important, that it was the key to changing the world for the better. This is why I was so excited to get to work on our social change project to make education more representative of women and gender minorities. I hope this project will provide resources for at least a few people to make their school environment more inclusive.
While there has certainly been improvements in representation of many minorities in our education, there is still a lot more to be done. To make gender minorities more represented in education seems like a daunting task, and it is. However, there are more ways to help improve this issue than just major curriculum changes. Hopefully this website can push education to be more representative, even if it’s only a small push.

Here are some suggestions for students who want to reach out to school administrations, boards, or educators about increasing representation of women and gender minorities in classes:Who you might want to reach out to:
- If your district has a Diversity, Equity, and Inclusion department, then that’s a great place to start!
- Schedule a time to speak at a school board meeting
- Make a meeting with a department head (for example, the head of your school’s history department)
- Chat with individual teachersSome tips for a conversation or meeting:
- Talk to other students beforehand and see if there’s anyone else who may want to join you. Having a partner can make challenging conversations a lot easier.
- Remind educators that changes do not have to be huge in order to have a major impact. For example, just one addition to an already existing lesson plan can add a whole new perspective to what students learn about.
- Have a clear idea of what you want to say beforehand. Some specifics that you may want to include could be ideas about where additions could be incorporated into the curriculum, a concrete example of a time you have or have not felt represented in a class, or some suggestions of helpful resources (like the lists and guides on our website!). Though these conversations can be challenging, they are necessary and we want to make them as accessible as possible. If you have any suggestions for steps students can take in order to point educators towards creating more representative lessons and curricula, please reach out to us (or information is on the “About” page) and we’re more than happy to add to this guide!

As students, these are some things we think would be helpful for teachers to do in order to make their classes more inclusive and representative of people of all genders:- Creating an environment in which students feel comfortable sharing their perspectives and experiences surrounding gender.
Take a look at our “other” resources tab to see some amazing tips, lesson plans, and conversation starters, and even dictionaries! We have included resources that are accessible for all different age ranges and levels of experience surrounding discussions about gender.
Make sure to include everyone in these conversations, without making assumptions about who will and will not want to participate.- Recognizing when something is imperfect and talking about it with students instead of ignoring it - for example, if every required book under the core curriculum was written by a dead white man, talking about that as a class and understanding the issue.- BUT also using the flexibility that does exist to diversify curricula and have lessons / units / really anything that can fit in to increase positive and intersectional representation of people of all genders.